I started the reveal with a couple of teasers on my social channels. Always looking for a Gif to accompany! 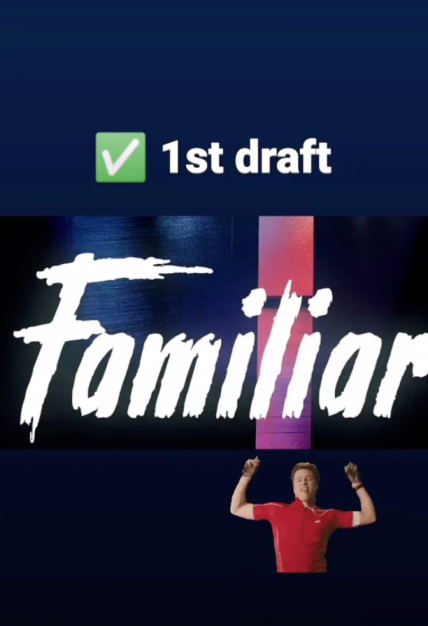 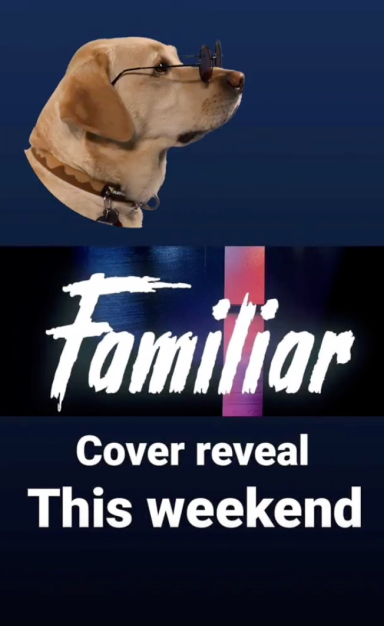 It was great hitting the target of completing the 1st draft, and this then led to the reveal of the Familiar cover – which I’ve been holding back several months now.

But now it’s out there for all to see. Even better, Familiar is available to pre-order on Amazon Kindle! 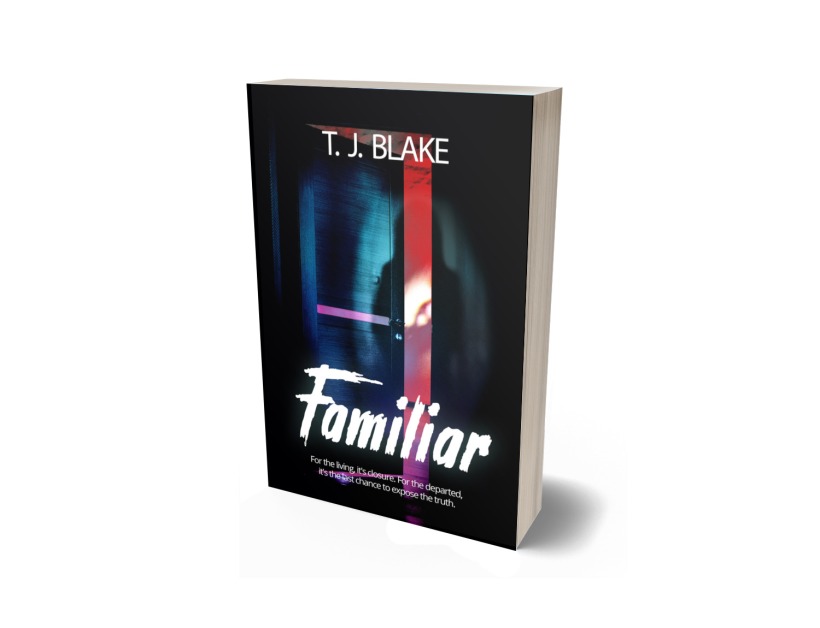 I love this cover so much. It’s retro, it’s creepy, and most importantly, it’s perfect for the story.

For the living, it’s closure.  For the departed, it’s the last chance to expose the truth.

For as long as she can remember, Arabella has communicated with those who exist only in memory.

Being the centre of attention growing up was uncomfortable, and now, as a renowned psychic medium, it is becoming more of a struggle. Arabella’s ability and reputation always made it impossible to hold onto lasting relationships, but with those who no longer walk this earth, that’s not the case.

Arabella returns to where it all began fifteen-years before – on the very same stage. After an evening reconnecting loved ones and exposing untold stories, Arabella can’t help but wonder about the one unclaimed ‘friend’, and their cryptic message.

In an unexpected turn of events, Arabella finds herself the subject of morning headlines and at the centre of Detective Barnes’ investigation.

Can Arabella use her ability to prove her innocence and uncover the truth about the past?