Familiar – pre-order today and get it Friday August 21

That’s right, my new paranormal mystery and psychological thriller “Familiar” will be available to read on Amazon August 21st.

I literally cannot wait for my next novel to come out.

I started working on developing this story back in 2016 after I released DECEPTION. The idea originally came to me after going to see the illusionist Derren Brown – he spoke to ‘spirits’, although he kept telling us that it wasn’t possible, even after he revealed intimate details. His set-up for this part of the show was brilliant, we as the audience were completely gripped by it. There were highs, lows and real emotion being played with. That’s when my protagonist, Arabella soon formed in my mind.

I had a character, and as cheesy as it sounds, the rest fell into place. I really liked the idea of Arabella exposing untold stories from those who have passed. Then I thought, I wonder what dirt would be dug up if this was possible? Then that’s when the plot of Familiar presented itself. Having a psychic medium called Arabella was great, but it was the story itself that took it to the next level.

A mysterious communication, a cryptic message, no one knew what it meant. That is until the message is figured out and Arabella finds herself in the middle of an investigation.

I only started writing Familiar once I had the plot and characters all figured out. And of course when the twists all made sense and flowed nicely.

It was a great story with quite a lot of careful planning and considerations – you’ll see why when you read this one.

They’re very different when you compare the plots – Familiar is a paranormal story based on a psychic medium. DECEPTION is based on a dog walker. The world of DECEPTION is on a smaller scale, whereas Familiar is broader. More characters, multiple stories going on.

But what DECEPTION and Familiar have in common is they play with your mind, which makes them both unpredictable. Your focus is needed to work this one out. I’d be very, very, VERY surprised if you manage to work it out before it ends.

If you loved DECEPTION, then you will love Familiar! 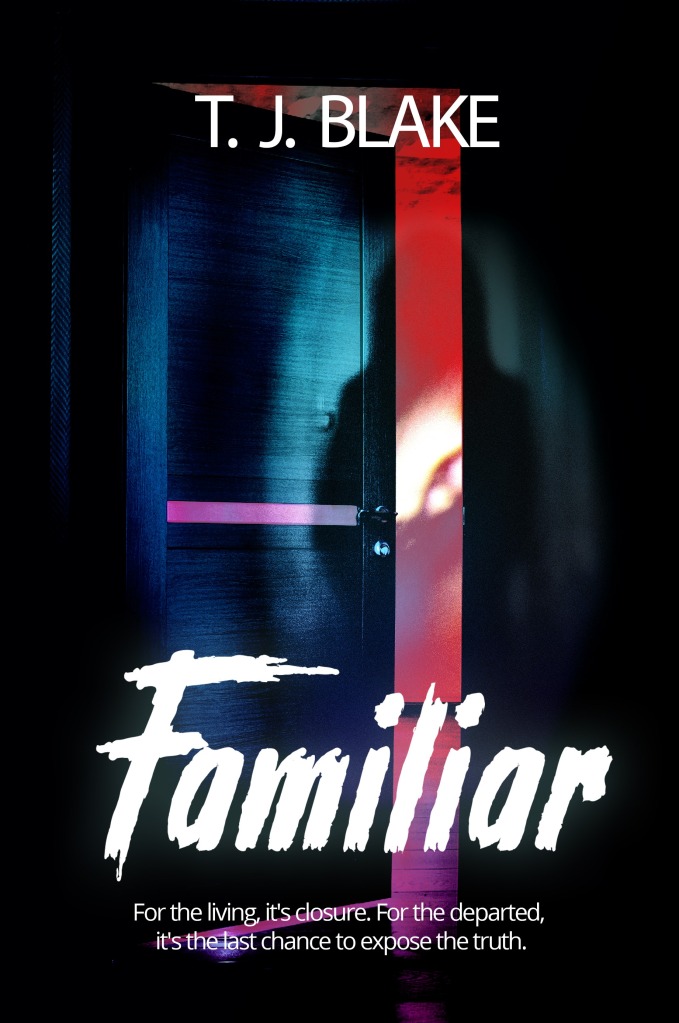