We all wanted it to happen (except Spurs fans) and it did. Leicester City went on to win the Premier League and what a fantastic achievement it is for them. No one saw this coming, even when Leicester were sitting at the top of the league, batting off all the ‘elite’ teams of English football. Everyone (myself included) was saying that they would drop off as the season went on. If anything though, they got stronger, they were ferocious and they were united.

Well, well, well, we all wanted it to happen (except Spurs fans) and it did. Leicester City went on to win the Premier League and what a fantastic achievement it is for them. No one saw this coming, even when Leicester were sitting at the top of the league, batting off all the ‘elite’ teams of English football. Everyone (myself included) was saying that they would drop off as the season went on. If anything though, they got stronger, they were ferocious and they were united. 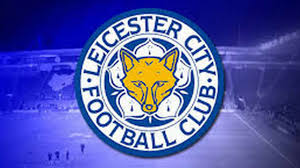 The outsiders prevail
They were 5,000-1 outsiders at the beginning of the season, but as time went on, everyone began to see the potential of Leicester – not once did they drop below sixth place in the league, and it’s fair to say, they spent a large proportion of the season in those top 3 places.

Money doesn’t make you happy
I think this is fantastic for football. For too long now football has been about money and who’s spending the most. The surge of Manchester City was down to the money they received from a takeover – they were able to buy football’s biggest talents, which pretty much secured them two league titles. Before them it was Chelsea, and recently Manchester United and Arsenal have joined the brigade by spending big money on players.

Just take a moment to look at Leicester City, the cost of the champions’ squad is around £54 million, compare that to the two Manchester clubs who are around £400 million. Leicester’s costs are similar to Crystal Palace, Watford, Stoke and West Brom. Although £54 million is a lot of money, in the world of football, it isn’t.

Deserved league champions based on the game itself
We can all be happy that Leicester won the league and no one can really have any complaints. Yes Arsenal, Chelsea, Man City and Man Utd underperformed this season, but that doesn’t take anything away from the fact that Leicester’s team has a good goalkeeper, a sturdy defence, an unbelievably hard working midfield and deadly finishers up front – making an all round quality team.

Who to watch for the title next season?
It seems pretty pointless trying to make any predictions for next season, but could Leicester City win the title again? Who knows, if they keep their team together and strengthen, then why not? They may be playing in the Champions League – therefore more games, but if they get more numbers in, they will be able to deal with the increase of games. They have to be a team to watch for sure.

Tottenham
Spurs have had a good season. They took some time to really be considered as title challengers but once they found their form, they seemed impossible to stop. The continued form of Kane and the discovery of Dele Alli gave all Spurs fans something to get excited about. Spurs though are not a two man team, their entire team is full of talent. Again, if they can keep the team together and strengthen, then I see Tottenham as major contenders next season. If I was a betting man, I’d certainly put a bet on Tottenham to go on to win the Premier League next season. That hurt writing that, being an Arsenal fan! 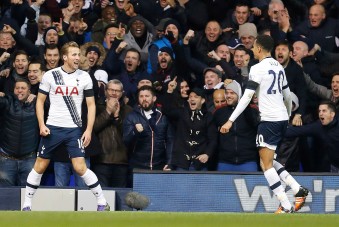 Arsenal
Oh Arsenal, I do love you but my word, you do infuriate me. This season was the season for Arsenal. With the collapse of Chelsea and Mourinho, the uncertainty of Pellegrini’s future and the continued lack of unity at Manchester United with Van Gaal, the title was Arsenal’s for the taking. Wenger had been patient – developing a team, buying quality players (Petr Cech, Alexis Sanchez and Mesut Ozil come to mind) and now finally looking set to challenge. It fell apart. Again. From my point of view, there seemed to be a lack of passion on the pitch, clumsiness in defence, no ability to finish chances (from Giroud mostly, but he’s not entirely to blame) or games, and this then followed what seems to be tradition… The collapse of Arsenal after January.

There’s a lot to talk about at Arsenal, but can they win the title next year? No, not with this team. There needs to be improvements (defensively and up front mostly) and there may have to be departures but even then, it may take a season for everyone to gel together. I wouldn’t personally bet on Arsenal, but who knows, maybe they’ll surprise us.

Manchester City
There’s no doubt that Manchester City have the strongest team on paper in the league, but their form this season has been extremely unpredictable, much like the British weather. But why? Their performances at times have been dull and careless, but with this team, they should have been doing much better than competing for a top 4 finish.

They recently lost to Southampton 4-2 at St. Mary’s, but with a slightly rotated team in preparation for their big Champions League clash, we can see why their minds were elsewhere. But earlier in the season, they lost games that they should have fought harder in and tried to pick up any sort of point. Some include their loss at home to West Ham in September, their thrashing from Spurs 4-1, which was followed by their second thrashing from Liverpool, then losses to Stoke and Arsenal, then the second defeat to Spurs and of course not forgetting, the champions Leicester beating them at the Etihad – one of the shocks of the season.

Pellegrini is only worried about one thing, and that’s the Champions League. With Guardiola taking over next season, Pellegrini probably isn’t as fussed about where they finish in the league as he is about securing the Champions League. Having got further than they ever have in the competition, could this be their year in Europe?

Could they win the league next season? It’s a tough one again to predict, with a new manager, there could be teething problems. Yes, Pep has a great record of success at clubs, but this City team may need more work than in his previous jobs. They’re still in contention though I believe, but it does depend on how quick he can get in there and make the changes.

Manchester United, Chelsea, Liverpool and West Ham
I’ve decided to put these teams all in one group, simply because I think that they easily have potential to challenge but again, depends on a number of factors.

Manchester United haven’t done too bad considering. They’ve had some awful results this season and really looked shambolic in games, but Van Gaal has got them into the FA Cup final and they could still finish in the top 4. With rumours swirling that Mourinho will take over at Old Trafford, I don’t think that even he will get them playing well in one season. Man Utd need years of work and most definitely need new players and new tactics.

Chelsea are the same, they have a great team on paper but on the field have looked terrible. From being deadly in attack and impenetrable at the back one season, to being clueless in attack and easy to break through defensively, Chelsea have dropped significantly. They will take some lifting to get back into title challenge mode and again, it’s hard to predict anything with such significant changes at a club. Antonio Conte has his work cut out, but I believe we should see them rise again next season; challenging for a top 4 finish.

Liverpool are a funny team, they go from looking poor to being an all round impressive team. They thrashed Man City twice this season, drew with Arsenal twice, beat Chelsea, even beat Leicester and beat Dortmund in that amazing comeback, but then they lose to Swansea City 3-1. Liverpool’s problem is their defence, but if they can get some strength in that back line, I don’t see why they can’t challenge for a top 4 finish next season. Title challengers though? I’m not sure, but I wouldn’t disregard them just yet, Klopp is doing a good job.

And finally, I’d like to throw West Ham into the mix; they have had a great season. They started the season extremely well, shocking Arsenal at The Emirates, Liverpool at Anfield and then City at the Etihad. If only West Ham could have kept up those performances consistently throughout the season, then we could have seen them challenging Leicester and Spurs. Are West Ham title contenders for next season? Why not, no one predicted Leicester for this season, so I wouldn’t rule West Ham out. 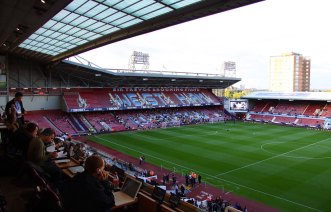 Will the big clubs be stronger next season?
Surely the top teams will be stronger next season. They will all strengthen significantly and I’m sure their teams will all look hungry in pre-season. But, with so many changes happening with the big teams, could it mean another shock Premier League triumph? I wouldn’t be surprised (well, I kind of would but you get what I mean) if Leicester, Spurs and West Ham all challenge, or maybe another team will? I know what we can expect – more action, unpredictability and shocks!

Roll on next season!

I've published my debut Q&A on my blog, and what a first guest - David P Perlmutter. ✍️
😋
What better way to celebrate #internationalwomensday ♀️ than reading a book with a strong female lead? 💪
1 year ago today we picked up the keys to our first home. OUR home 🏠Years of hard graft and saving got us there.
🎭 Familiar -
The time has come... Archie-bargie wanted his own Instagram @archibald_thecocker - he wouldn't stop barking at us for his IG. He kept digging the sofa in retaliation so we had to cave! 🐕🐾